Fokker B.II – stories from the forgotten past of W.W. I

A new photo and a new mystery story from the forgotten past. All we know, when looking at the photography, is that we are dealing with a Fokker B.II. It belongs to the Royal Imperial Air Forces of the Austro-Hungarian Empire. We also know, from history books, that only 24 air crafts were ordered to Fokker Industries by the Austro-Hungarians. Starting with September 1916 the Royal Imperial Air Forces received 23 Fokker airplanes. They were marked with numbers from 03.61 to 03.83. All of them were equipped with Oberursel U-0 7 cylinder engine which produced 68 Horse Power (HP) and reached a maximum speed of 110 kilometers per hour. There are some sources that indicate that the Fokker B.II’s were equipped with a 81 Horse Power (HP) engine that could reach a top  speed of 130 kilometers per hour. The problem with this piece of information is that Motorenfabrik Oberursel never produced 81 Horse Power (HP) engines during Wolrd War I. They only produced 68, 100 and 110 HP engines.The air crafts would have had to receive 7.92 mm Bergmann L.M.G.-15 machine guns that would have to be synchronized with the propeller to shoot between its blades, and also 8 mm Schwarzlose M-16 machine guns mounted above the wings. Eventually, only one aircraft came equipped with the ordered weapons. That was because of certain misunderstandings between the Royal Imperial Air Forces and the producer. Machine guns problems and the Fokker’s low performance determined the Austro-Hungarians to use the Fokker B.II only as a training plane within the Flick 4, 6 and 8. They flew between 1916 and 1918.This is about all the information we have on the Fokker B.II, which was built up from the Fokker M.17 E. As for the photo below, most likely we will never find out where it was taken (as the marking number is obstructed by the pilot standing next to the plane), nor the pilot’s identity and story. 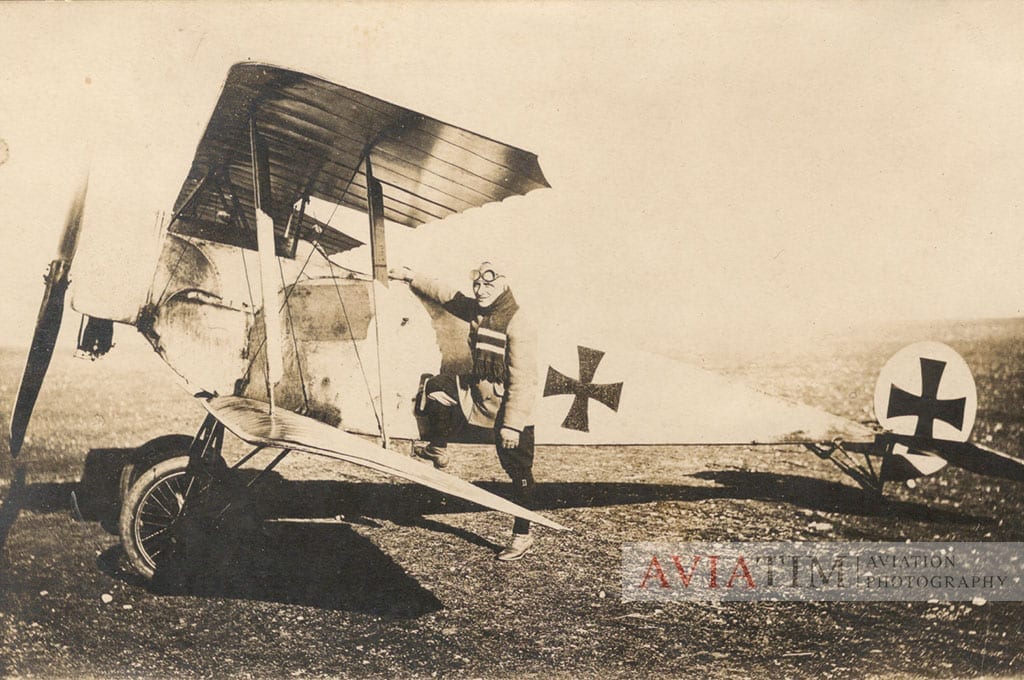